A órbita de King Kong (The orbit of King Kong) tells the story of Ham monkey, the first hominid to make a successful space flight, on January 31, 1961. The same year, Russian Iuri Gagarin and American Alan Shepard also went to space successfully . This narrative tells the story of this nice King Kong on his historic journey since being captured in Cameroon three years earlier. Divided into 15 chapters, the novel combines the factual record of the early days of the conquest of space with an intimate and personal diction that penetrates the chimpanzee’s imagination. In three of the chapters, it is Ham himself who narrates. 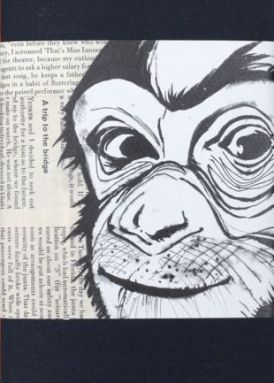