This interdisciplinary collection explores how the early modern pursuit of knowledge in very different spheres – from Inquisitional investigations to biblical polemics to popular healing – was conditioned by a shared desire for certainty, and how epistemological crises produced by the religious upheavals of early modern Europe were also linked to the development of new scientific methods. Questions of representation became newly fraught as the production of knowledge increasingly challenged established orthodoxies. The volume focuses on the social and institutional dimensions of inquiry in light of political and cultural challenges, while also foregrounding the Hispanic world, which has often been left out of histories of scepticism and modernity. Featuring essays by historians and literary scholars from Europe and the United States, The Quest for Certainty in Early Modern Europe reconstructs the complexity of early modern epistemological debates across the disciplines, in a variety of cultural, social, and intellectual locales. 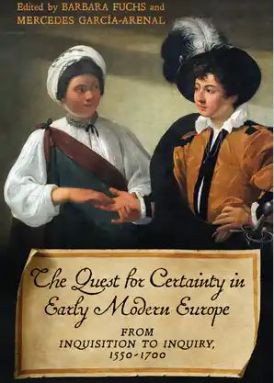