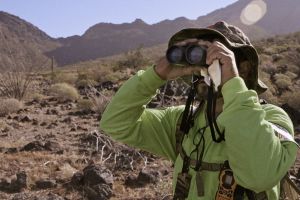 It is with great honor to announce that Professors’ Kristy Guevara-Flanagan and Maite Zubiaurre’s mini-documentary film Aguilas is set to premiere at the 2021 Big Sky Documentary Film Festival and is among the 10 finalists for the Mini-Doc Competition, an Oscar-qualifying event.

Águilas tells the story of “Aguilas del Desierto,” a humanitarian search and rescue organization that goes out into the desert of Arizona to rescue migrants and to search for the remains of migrants who perish during their border crossing ordeal, with the goal to bring some peace to families and loved ones in Mexico and Central America.

Click here to learn more about the film and watch the trailer.

The Big Sky Documentary Film Festival (BSDFF) is a competitive event with four award categories that spotlight superior works in documentary filmmaking. The categories are Best Feature, Best Short, Best Mini-Doc (films under 15 minutes), and the Big Sky Award for films that artistically honor the character, history, tradition, and imagination of the American West. An Oscar-qualifying event, winners in the Best Short and Best Mini-Doc categories qualify for Academy Award nomination in the Short Documentary category. Selected by a jury of filmmakers and documentary professionals, winners in each category receive a $500 cash prize. Award winners will be announced in a special presentation at the virtual festival Thursday, February 25th.