The UCLA Spanish & Portuguese Department has reopened for normal business operations (M-F 8am-12pm, 1pm-5pm). Please refer to the UCLA COVID-19 protocols (covid-19@ucla.edu) when coming to campus and visiting the Department. For those up to date with the COVID-19 vaccines, indoor masking is highly recommended but not required. For those NOT up to date with their COVID-19 vaccines, indoor masking is required. (UCLA affiliates must complete the daily symptom survey).

Please visit the Staff page for staff schedules and availability.

The Department of Spanish and Portuguese’s annual Spring Essay Prizes in the amount of $250 are presented to undergraduate students with a declared major or minor in one of our programs. Prizes are awarded for the best academic papers written initially for an upper-division course taken in the previous Spring, Winter, or Fall quarters. Papers submitted for consideration should be between 8 and 15 pages in length. The recipients are selected by a Faculty Committee and will be featured in our website. And yes, you can add the award to your resume!.

The prizes are awarded for essays written for courses in the Department of Spanish & Portuguese at UCLA only. Essays written originally for other departments and/or institutions will not be considered.

Professor Richard Reeve (1935-1992) received his BA from the University of Utah and his Ph.D. from the University of Illinois. He taught at Ohio State University from 1966 until 1968, when he joined the faculty of UCLA’s Department of Spanish and Portuguese, where he remained until the end of his life. His scholarly interests focused primarily on twentieth-century Spanish American literature, with a special focus on contemporary Mexican writers. He published numerous articles on Mexican literature, and he was the co-editor, with Professor Gerardo Luzuriaga, of Los clásicos del teatro hispanoamericano.

José Rubia Barcia (1914-1997) was a distinguished professor of 20th century Spanish literature who also served as the chair of UCLA’s Department of Spanish and Portuguese. He was born in El Ferrol (Galicia), where a cultural center dedicated to him now houses his library and a collection of his papers. He studied Arabic and Hispano-Arabic literature at the University of Granada. After completing his degree he held important positions in the Republican Army during the Spanish Civil War and as a consequence he went into exile, first to France and then to Cuba and then to the United States. Here he worked in Hollywood with the Spanish film director Luis Buñuel. Barcia published a great number of books and articles on Valle Inclán, Unamuno, Federico García Lorca and other writers of the 20th century. He was also an author of political essays. His translation of César Vallejo’s poetry, done in collaboration with Clayton Eshleman, received the “National Book Award” in 1979.

Distinguished Professor Emeritus Randal Johnson received his B.A. from the University of Texas, Arlington, and his M.A. and Ph.D. from the University of Texas, Austin. He taught at Rutgers University from 1977 until 1983, and at the University of Florida from 1983 until 1994, when he joined the faculty of UCLA’s Department of Spanish and Portuguese, where he remained until his retirement in 2018. While at UCLA he served as Chair of the Department of Spanish and Portuguese (1996-2001, 2013-15), Director of the University of California’s Education Abroad Program in Brazil (2002-04), Director of the Latin American Institute (2005-10), and Interim Vice Provost for International Studies (2010-11). As Director of the Latin American Institute (previously called the Latin American Center), he transformed the Program on Brazil into the Center for Brazilian Studies and the Program on Mexico into the Center for Mexican Studies, and he created what is now called the Center for Southern Cone Studies. As Director of EAP-Brazil, he established a new language and culture program in Salvador, Bahia, where he also created the department’s Summer Travel Study Program in Brazil (2000-2016). He is also responsible for establishing, in collaboration with the Brazilian Consulate-General in Los Angeles, the Brazilian Film Series (2007-present). His scholarly interests have focused primarily on twentieth-century Brazilian literature and Portuguese and Brazilian cinema, with a special focus on government film policy and the contemporary audiovisual industry in Brazil. He is the recipient of many grants and honors, including the Brazilian Order of the Southern Cross. Professor Johnson has written, co-authored or co-edited 12 volumes and has published more than 65 essays, articles, and reviews on different aspects of Luso-Brazilian culture.

Before her passing on November 15, 2015, Professor Claudia Parodi had a most distinguished career as a professor of Spanish Linguistics at the UCLA Department of Spanish and Portuguese. She was a member of the faculty since 1991. Born in Mexico, she began her studies at Mexico City’s Universidad Iberoamericana earning a Licenciatura in 1969, followed by an MA in Hispanic Language and Literature at Universidad Nacional Autónoma de México (UNAM) in 1972. After earning her degree, she continued research at UNAM collaborating on a study of the Spanish of Mexico City. Through the 1980s, she was both professor and researcher at Centro de Lingüística Hispánica del Instituto de Investigaciones Filológicas de la UNAM. In 1991, she earned a doctorate in Hispanic Languages and Literatures at UCLA. Professor Parodi published over ninety articles, editions, and collections on a wide variety of topics related to language, literature, and sociolinguistics. She was considered one of the outstanding contributors to Latin American Linguistics. At UCLA, she was a founding member and director of both the UCLA Centro de Estudios del Español de Estados Unidos and the UCLA Centro de Estudios Coloniales Iberoamericanos. Additionally, she assisted in initiating the UC-Mexicanistas, an inter-campus research group on Mexican Studies involving faculty and students from a wide range of academic disciplines from both sides of the U.S.-Mexico border. She was a most productive scholar, and an inspiring teacher who was highly admired and loved by her students. Professor Claudia Parodi’s enthusiastic dedication to the study of the Spanish language, particularly Mexican Spanish, Los Angeles Spanish, and Mexican Culture has been a constant source of inspiration for students and scholars alike. Professor Parodi was also the recipient of the UCLA Academic Senate’s Distinguished Teaching Award 2011-2012. In recognition of Professor Claudia Parodi’s extraordinary legacy to the field, this prize was created to honor students’ outstanding academic achievement in Spanish Linguistics.

Dolores Huerta is a civil rights activist and community organizer. She has worked for labor rights and social justice for more than 50 years. In 1962, she and Cesar Chavez founded the United Farm Workers union. She served as vice president and played a critical role in many of the union’s accomplishments for four decades. In 2002, she received the Puffin/Nation prize for Creative Citizenship, which she used to establish the Dolores Huerta Foundation (DHF). DHF is connecting groundbreaking community-based organizing to state and national movements to register and educate voters, advocate for education reform, bring about infrastructure improvements in low-income communities, advocate for greater equality for the community and create strong leadership development. She has received numerous awards, including The Eleanor Roosevelt Human Rights Award from President Bill Clinton in 1998. In 2012, President Obama bestowed Huerta with The Presidential Medal of Freedom, the highest civilian honor in the United States. The Dolores Huerta Community Service Award is a way to acknowledge our students’ involvement with the Latinx communities at UCLA and the greater Los Angeles area through the Community-engaged Learning Program.  This inaugural award will be presented by Dolores Huerta, at our End of the Year Online Celebration Ceremony on Saturday, June 12th, 2021.

CONGRATULATIONS TO OUR SPRING 2021

“The Disproportionate Impacts of Human Trafficking on the Latinx Community”

“Tools of the Empire: Cultural Narrative as a Socio-Political Device” 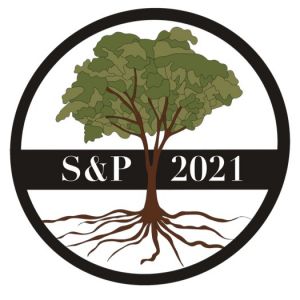