The UCLA Spanish & Portuguese Department has reopened for normal business operations (M-F 8am-12pm, 1pm-5pm). Please refer to the UCLA COVID-19 protocols (covid-19@ucla.edu) when coming to campus and visiting the Department. For those up to date with the COVID-19 vaccines, indoor masking is highly recommended but not required. For those NOT up to date with their COVID-19 vaccines, indoor masking is required. (UCLA affiliates must complete the daily symptom survey).

Please visit the Staff page for staff schedules and availability. 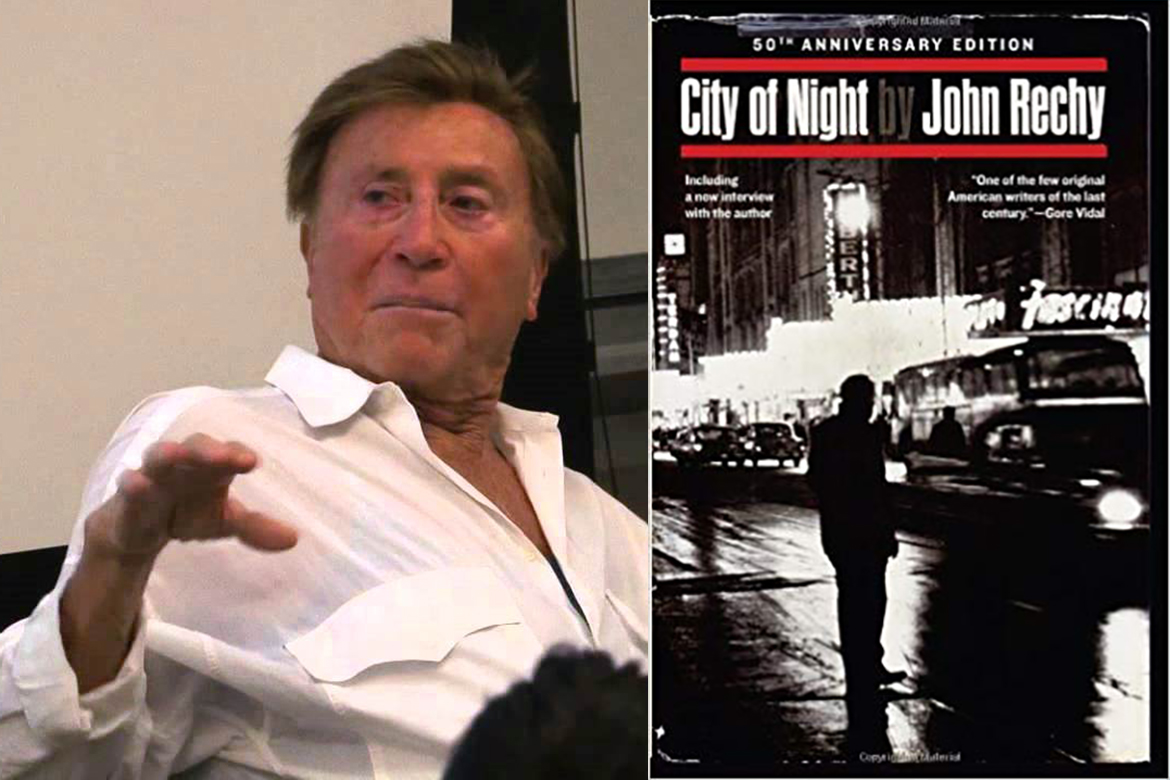 Since before the current cultural moment that gives currency to diverse points of view, acclaimed novelist, playwright and essayist John Rechy has been centering on themes that defend gay, Mexican American, African American and immigrant rights.

His best known work is his groundbreaking novel “City of Night.” Published in 1963, it is a first-person tour through Los Angeles, New York, San Francisco and New Orleans, by an anonymous young male hustler from El Paso, Texas, that redefined writing about the gay community.

In recognition of his influential, seven-decade career, Rechy will receive the UCLA Medal, the campus’s highest honor, on Thursday, Oct. 24 at Royce Hall, where he will also deliver the Lois E. Matthews Lecture. The event will go from 4 to 6 p.m.

“There is no one like John Rechy, one of Los Angeles’s gifted writers and a public intellectual,” wrote Héctor Calderón, UCLA professor of Spanish & Portuguese, in his letter nominating Rechy for the medal.

Born in 1931, in poverty on the Texas-Mexican border in El Paso, Rechy made Los Angeles his permanent home in the early 1960s. A prolific writer, Rechy has released a novel each decade since the 1960s as well as essays in support of sexual democracy, against fascism, against the war in Afghanistan, on Los Angeles in film, on Rock Hudson and AIDS, on writing and what he calls an “outlaw sensibility” of the arts.

“City of Night” is known as a major influence on artists of the time, including The Doors for their classic song “L.A. Woman.” Speaking at a panel discussion in October 2013, organized by Calderón, Doors drummer John Densmore recalled then-UCLA film students Jim Morrison and Ray Manzarek carrying around and referencing a well-worn copy of the book. Lou Reed’s “Walk on the Wild Side” is known as an homage to the book’s characters of transgender street hustlers. “City of Night” was also known to be a favorite of David Bowie’s, who provided a cover blurb for the 50th anniversary reprint of the book.

“This novel changed gay writing forever,” Calderón said in his nominating letter. “It not only achieved best-seller status, it was a cult classic of the darker, critical side of the 1960s and 1970s.”

Rechy’s first interaction with UCLA was in 1993, at the invitation of Calderón, who was hosting a conference related to Rechy’s novel “The Miraculous Day of Amalia Gomez.” The book follows a fictional Mexican-American domestic worker across the city, her story serving as a social barometer of Los Angeles in the space between the beating of Rodney King and the urban uprising of 1992’s L.A. Riots.

Rechy has taught creative writing periodically at UCLA as well as USC and Occidental College. For years, he also held literary salons in his home in the Hollywood Hills.

“He is a gracious, generous, wonderful and brilliant person,” Calderón said. Over the years, the UCLA professor has invited Rechy back to campus to speak to students in his “Chicano Narrative” course.

For the last several years, Rechy has welcomed Calderón to bring his graduate students over for dinner, always seeking out information on their backgrounds and their dissertations.

“The students are always so honored and surprised to arrive and realize he knows so much about them and what they are working on,” Calderón said. Meeting him after studying his work is a very meaningful experience to students who have similar backgrounds or writing aspirations, Calderón said.

In 1997, Rechy was the first novelist to receive the PEN-USA-West’s Lifetime Achievement Award. In 1999, he received the William Whitehead Lifetime Achievement Award from The Publishing Triangle, at the New School in New York City. The announcement of the award quoted Edmund White’s description of Rechy as “one of the most heroic figures of contemporary American life” and “a touchstone of moral integrity and artistic innovation.” In 2014, UC Santa Barbara honored him with the Luis Leal Award for Distinction in Chicano/Latino Literature. In 2018, the L.A. Times awarded him the 2017 Robert Kirsch Award for Lifetime Achievement. At last count, his work had been translated into some 20 languages.

It was important to Calderón that Rechy be recognized by UCLA as a cultural and artistic influence across the United States and beyond — as a “writer of worlds to come.”

David Schaberg, dean of the division of humanities in the UCLA College also recommended Rechy for the award because “it reflects the importance UCLA attaches to diverse perspectives and to the critical powers of the work of art and of creativity in general.”

For the original article with video clips click here: http://newsroom.ucla.edu/stories/author-john-rechy-to-receive-ucla-medal

Through your generosity to this fund, we can sustain our departments’ basic programmatic needs, enrich our students' educational experience, and maintain its eminence in research and teaching.